Get to know me

If loving the Lord is wrong, then I don’t want to be right!

My name is Richard Escalante I am a design artist with special training in animation, graphic design, web development, illustration, and traditional/digital painting. I am currently working as a Creative Art Director at Blockchains, LLC.

Since 2007, Richard has been using his creative passion and clean visual aesthetics incorporate designs and marketing campaigns that have enhanced growth at several Fortune 500 companies. He is currently the Creative Art Director at Blockchains, where he has been since 2016. His responsibilities include supervising a team of designers, animators, and 3D visual artists. Richard believes that great creative ideas can transcend cultures, markets, and technologies. He has the drive to find the human truth behind every idea and a passion for exploring new ways an idea can spark. This passion inspired Richard to challenge himself to work as a creative leader across multiple disciplines bringing storytelling, products, and platforms together.

As a Southern California native, Richard spent his entire life in Los Angeles and now lives in the Reno/Sparks area, where he moved along with Blockchains to establish its headquarters.

In his 13 years of industry experience, he’s overseen large digital and integrated campaigns throughout his career. Before joining Blockchains, Richard was the Creative Director at Centric Business Solution, focusing on brand and UI/UX design. Before joining Centric, Richard was hired as a freelance motion graphics designer at Fox Sports 1. Before FS1, Richard worked as a freelance UI designer for ABC Mouse, designing mobile and web user interfaces. Before ABC Mouse, he worked at Salem Broadcasting, as the Lead Graphic Designer managing three radio station brand properties and was the supervising designer in the advertising department.

Richard received his BFA from the California Institute of the Arts in Film/Video in the School of Character Animation. Richard has taught and lectured at renowned art centers such as The Armory Center in Pasadena, Inner-City Arts in Los Angeles, and Community Arts Partnership for over eight years.

In his spare time, Richard enjoys spending quality time with his family, watching sports, gardening, camping, and discussing religion and politics. Aside from his activities, he occasionally volunteers at his local church. Richard currently resides in Sparks, Nevada with his wife, Michelle, and four children. 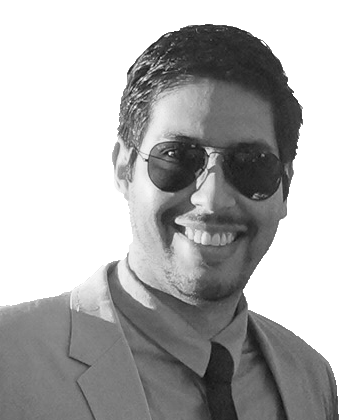 Am I hired yet? Schedule me for an interview today!